Some of the quotes and paragraphs that I liked that can help us understand the power of marginal improvements. 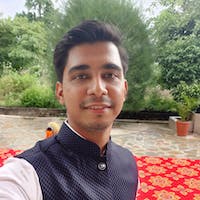 Habits are a dopamine-driven feedback loop.

It is the anticipation of a reward, not the fulfillment of it, that gets us to take action.

Your brain has far more neural circuitry allocated for wanting rewards than for liking them. The wanting centers in the brain are large: the brain stem, the nucleus accumbens, the ventral tegmental area, the dorsal striatum, the amygdala, and portions of the prefrontal cortex. By comparison, the liking centers of the brain are much smaller. They are often referred to as “hedonic hot spots” and are distributed like tiny islands throughout the brain. For instance, researchers have found that 100 percent of the nucleus accumbens is activated during wanting. Meanwhile, only 10 percent of the structure is activated during liking.

Temptation bundling is one way to make your habits more attractive. The strategy is to pair an action you want to do with an action you need to do.

One of the most effective things you can do to build better habits is to join a culture where your desired behavior is the normal behavior.

Nothing sustains motivation better than belonging to the tribe. It transforms a personal quest into a shared one. The shared identity begins to reinforce your personal identity. This is why remaining part of a group after achieving a goal is crucial to maintaining your habits.

One of the most effective things you can do to build better habits is to join a culture where (1) your desired behavior is the normal behavior and (2) you already have something in common with the group.

The same cue can spark a good habit or a bad habit depending on your prediction. The cause of your habits is actually the prediction that precedes them.

A craving is the sense that something is missing. It is the desire to change your internal state. This gap between your current state and your desired state provides a reason to act.

Desire is the difference between where you are now and where you want to be in the future. Even the tiniest action is tinged with the motivation to feel differently than you do in the moment.

Now, imagine changing just one word: You don’t “have” to. You “get” to. The key point is that both versions of reality are true. You have to do those things, and you also get to do them. We can find evidence for whatever mind-set we choose.

Automaticity is the ability to perform a behavior without thinking about each step, which occurs when the nonconscious mind takes over.

The amount of time you have been performing a habit is not as important as the number of times you have performed it.

Use the strategy of addition by subtraction. When we remove the points of friction that sap our time and energy, we can achieve more with less effort.

Habits are like the entrance ramp to a highway. They lead you down a path and, before you know it, you’re speeding toward the next behavior.

You have to standardize before you can optimize.

As a general rule, the more immediate pleasure you get from an action, the more strongly you should question whether it aligns with your long-term goals.

The road less traveled is the road of delayed gratification. If you’re willing to wait for the rewards, you’ll face less competition and often get a bigger payoff. As the saying goes, the last mile is always the least crowded.

A habit needs to be enjoyable for it to last. Simple bits of reinforcement, like soap that smells great or toothpaste that has a refreshing mint flavor or seeing $50 hit your savings account, can offer the immediate pleasure you need to enjoy a habit. And change is easy when it is enjoyable.

Recording your last action creates a trigger that can initiate your next one.

The most effective form of motivation is progress. When we get a signal that we are moving forward, we become more motivated to continue down that path.

Habit tracking also helps keep your eye on the ball: you’re focused on the process rather than the result.

Habit tracking, (1) creates a visual cue that can remind you to act, (2) is inherently motivating because you see the progress you are making and don’t want to lose it, and (3) feels satisfying whenever you record another successful instance of your habit. Furthermore, habit tracking provides visual proof that you are casting votes for the type of person you wish to become, which is a delightful form of immediate and intrinsic gratification.

But when successful people fail, they rebound quickly.

“The first rule of compounding: Never interrupt it unnecessarily.”

The all-or-nothing cycle of behavior change is just one pitfall that can derail your habits.

To make bad habits unsatisfying, your best option is to make them painful in the moment. Creating a habit contract is a straightforward way to do exactly that.

Competence is highly dependent on context.

When you can’t win by being better, you can win by being different. By combining your skills, you reduce the level of competition, which makes it easier to stand out. You can shortcut the need for a genetic advantage (or years of practice) by rewriting the rules. A good player works hard to win the game everyone else is playing. A great player creates a new game that favours their strengths and avoids their weaknesses.

The Goldilocks Rule states that humans experience peak motivation when working on tasks that are right on the edge of their current abilities. Not too hard. Not too easy. Just right.

Mastery requires practice. But the more you practice something, the more boring and routine it becomes. Once the beginner gains have been made and we learn what to expect, our interest starts to fade.

The greatest threat to success is not failure but boredom. We get bored with habits because they stop delighting us. The outcome becomes expected. And as our habits become ordinary, we start derailing our progress to seek novelty. Perhaps this is why we get caught up in a never-ending cycle, jumping from one workout to the next, one diet to the next, one business idea to the next. As soon as we experience the slightest dip in motivation, we begin seeking a new strategy—even if the old one was still working.

Variable rewards won’t create a craving—that is, you can’t take a reward people are uninterested in, give it to them at a variable interval, and hope it will change their mind—but they are a powerful way to amplify the cravings we already experience because they reduce boredom.

Anyone can work hard when they feel motivated. It’s the ability to keep going when work isn’t exciting that makes the difference.

Mastery is the process of narrowing your focus to a tiny element of success, repeating it until you have internalised the skill, and then using this new habit as the foundation to advance to the next frontier of your development. Old tasks become easier the second time around, but it doesn’t get easier overall because now you’re pouring your energy into the next challenge. Each habit unlocks the next level of performance. It’s an endless cycle.

A lack of self-awareness is poison. Reflection and review is the antidote.